Vanderbilt University Medical Center (VUMC) is one step closer to converting the old Hickory Hollow Mall, now known as the Global Mall at the Crossings, into a 600,000-square-foot health care complex.

In late March 2022, VUMC signed a letter of intent to negotiate a long-term lease agreement with the Metropolitan Government of Nashville and Davidson County for the vacant space in Antioch. At its April 19 meeting, Metro Council approved a proposal for the city to purchase the mall and office building next door for a combined $44 million, then enter into a long-term lease with VUMC.

The new facility will be similar to Vanderbilt Health One Hundred Oaks, a vacant shopping mall that VUMC converted into a health care complex in 2009. VUMC was one of the first health systems in the nation to capitalize on the “mall to medicine” concept.

During the pandemic, VUMC identified Antioch as one of the areas with highest COVID-19 rates and used strategies to mitigate its impact on the area. The Antioch ZIP code also has one of Davidson County's lowest rates of adults who have had a routine health checkup, according to the VUMC Office of Health Equity. Having VUMC outpatient clinics located in the area will help address this critical need in the Antioch community.

"We are excited about the potential to redevelop this property as a destination option for health care services for the residents of Antioch and the surrounding area," VUMC CEO Jeff Balser said.

Read more about the project in this VUMC Reporter article. 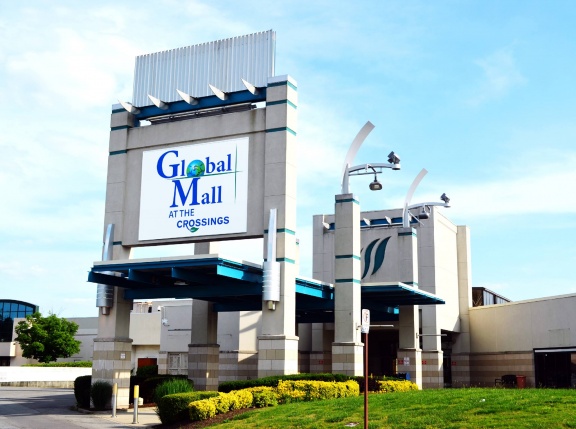 In late March 2022, VUMC signed a letter of intent to negotiate a long-term lease agreement with the Metropolitan Government of Nashville and Davidson County for the vacant Global Mall at the Crossings space in Antioch.