Vanderbilt Health is one of 12 of the nation’s premier providers of medical care that will begin offering services to any former National Football League player or team employee, and their families, under the banner of Hall of Fame Health.

The announcement of the 12 founding members in the Hall of Fame Health network is the latest development in the partnership the Pro Football Hall of Fame and Sovereign Healthcare formed in January to develop services and solutions to address the health and wellness needs of former players and their families. Access to top-tier providers across the country was established as a primary goal, and the Oct. 20 announcement takes that first step in Hall of Fame Health’s ongoing mission.

As part of the agreement, Vanderbilt Health will work with Hall of Fame Health to provide a variety of services, some designed to fill gaps in existing coverage, along with concierge services to help former players and their families navigate the health care landscape. Offerings will complement services the NFL provides in the 30 cities where franchises are located and will add available in-network health options in areas of the country where thousands of NFL retirees are located.

“This network of world-class health systems, physician groups and provider organizations is committed to helping the Pro Football Hall of Fame serve former football players and their families as they look to navigate and gain access to the very best care,” said Jeremy Hogue, CEO of Hall of Fame Health. “It’s consistent with the hall’s mission ‘to honor the heroes of the game.’ In the community of former football players, there is a need. We’re rising to meet it.”

Hogue said an estimated 80% of the League’s nearly 20,000 former players are not covered under employer-sponsored medical plans and must shop for insurance coverage each year during the national open-enrollment period, which this year begins Nov. 1.

Learn more about the agreement and see the list of the other founding members in this VUMC Reporter article. 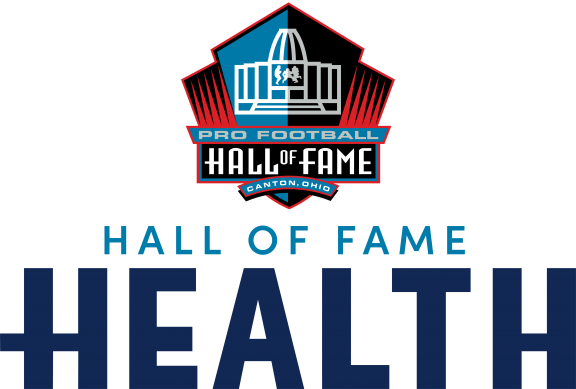